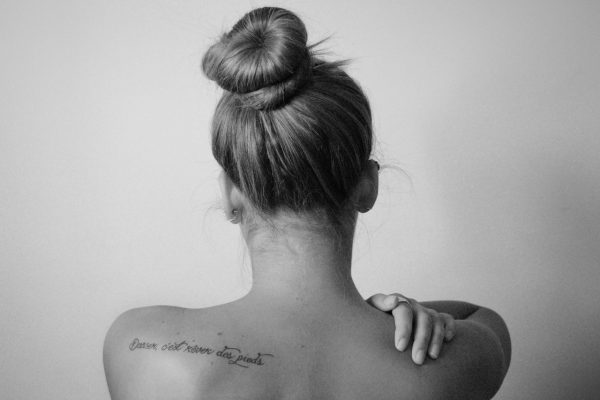 What You Need to Know About Skin Purging

We all know skin care and new products can be tricky to navigate. You need to be careful with any new product and make sure you know what you are putting in or on your body including specific ingredients. Your body will often have quick reactions to any change or new product use. Some of those are natural and temporary while other reactions need immediate attention.

Skin purging is a common but misleading term referring to an adjustment period when using a new skin care product where your the explanation for symptoms getting worse is that it’s necessary before things can get any better. This is an inaccurate explanation for what may be going on with your skin made more confusing by the fact that there remains no clearly-defined scientific description for it. More accurately, it’s a type of skin response to stimuli.

No products should make your skin worse on their own. However, there are some products containing key ingredients that can temporarily throw off your skin’s natural balance and turn out perfectly fine in the end. That’s why some often mistake this initial period with your body rejecting the new product or mistaking it for a negative skin reaction like an irritation or an allergy.

After this initial transition, your skin should slowly but consistently improve on what your skin was like before you started using the product.

Why Does It Happen?

The most common but false explanation for the skin purging process is that whatever product you are using is aiding in your body ridding itself of any toxins present. Therefore, once these toxins are gone and leave your body, things will improve. Let’s be clear, the body does not rid itself of toxins this way. That’s what your liver and kidneys are for, after all. It’s the classic but simplistic and false “things have to get worse before they can get better” reasoning. While this is an over-simplification of the body’s natural processes, there is an explanation for it.

Pimples and other skin maladies don’t start as the cosmetic problems you see. They start under the surface and products addressing these issues increase the rate of skin renewal. If a product increases the rate of your skin’s renewal, it then speeds up the entire cycle where you may experience an unexplained flood of pimples. That means whatever problems or breakouts you see would have happened anyway and they are only being sped up in the cycle so you may get these skin issues sooner and all at once. It’s unlikely new blemishes were caused by any new product use.

The skin generally keeps things out and it’s the liver or kidney’s job to release impurities from the body. Any initial reaction is usually the skin’s natural defense system trying to restore its equilibrium and may manifest as an unpleasant occurrence. Anyone claiming to have a detoxifying product is false. Purging only occurs when using products that increase skin cell turnover.

What About Skin Reactions?

This obviously depends on the product. You should always know what ingredients you are putting in or onto your body. If you are using skin care products containing active ingredients such as Alpha Hydroxy Acids (like lactic or glycolic acid), salicylic acid, or retinol, it is most likely purging since these speed up skin turnover. However, purging will not necessarily occur in everyone. Skin purging is a common side effect of acne medications. Scrubs can also cause purging in those who are new to exfoliating.

If you are using a product without anything that causes skin turnover (like a moisturizer or cleanser) then it most likely isn’t purging. Purging usually only occurs in pre-existing areas, but it can occur in new areas, especially as changes occurs when pores become less clogged and natural flow of sebum is stimulated. If you are breaking out in new areas accompanied by redness, it’s likely a reaction to the ingredient or physical stimulus. Reactions increase skin irritation or may cause new clogged pores leading to new blemishes.

Can I Limit the Severity of a Purge?

If you’re worried about the possible intensity of a purge after using a new product, you may be able to limit it by introducing it slowly at a lower concentration and less frequently.

Remember, your skin usually renews itself in about a monthly cycle, so any purging should hopefully not last more than that. If there are no signs of improvement or clearing up after 6-8 weeks, it’s probably not a result of skin purging. You should stop whatever you are using or doing, adjust to reduce the stimuli and, as needed, consult a professional.

This why it’s important to use tested, reputable skin care products produced with proven track records designed to work with all your skin’s natural processes.